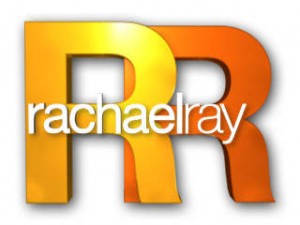 Rachael Domenica Ray (born August 25, 1968) is an American television personality, businesswoman, celebrity cook and author. She hosts the syndicated daily talk and lifestyle program Rachael Ray, and three Food Network series (30 Minute Meals, Rachael Ray's Tasty Travels, and $40 a Day). Other programs to her credit includeRachael Ray's Week In A Day and the reality format shows Rachael vs. Guy: Celebrity Cook-Off, Rachael vs. Guy: Kids Cook-Off and Rachael Ray's Kids Cook-Off. Ray has written several cookbooks based on the 30 Minute Meals concept, and launched a magazine Every Day with Rachael Ray, in 2006. Ray's television shows have won three Daytime Emmy Awards.Ray teaches many simple recipes that she says can be completed in 30 minutes or less, although critics claim her concept does not include preparation time.Ray says her Sicilian maternal grandfather, Emmanuel Scuderi, and her Cajun ancestry strongly influence on her cooking. She uses ingredients such as fresh herbs, garlic, and chicken stock to boost flavors, and believes measuring "takes away from the creative, hands-on process of cooking". She, instead, favors approximations such as "half a palmful". Rachael has a long list of high quality cook ware products.

There are no products in this section

Launched as a division of NeoMagic Corp, MercadoMagico.com is an exciting and growing web destination for purchasing and selling products. It is a multi-vendor e-commerce site with the fundamental principle of providing customers with everyday low pricing, large selection of products , Enjoyable shopping experience in a safe and secure environment.

MercadoMagico is a division of