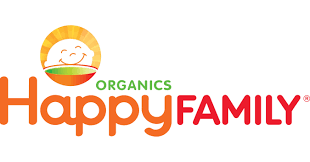 Happy Family is an organic baby and toddler food company in the US. It was ranked No. 2 in Inc. Magazine's 2011 list of the 500 Fastest-Growing Companies in the food industry category.

Happy Family, also known as Happy Baby, is an organic baby food company located in New York City. It was founded in 2003 by Shazi Visram, the company's current CEO. In 2005, Jessica Rolph joined as COO and Founding Partner. The Company launched its first products on Mother's Day in 2006 - a line of organic, fresh-frozen baby meals sold through a New York grocery store chain.[4]

By 2010, Happy Family grew to more than $13 million in sales and was ranked 68th in Inc. Magazine's list of fastest-growing companies, with three-year growth of over 3,000%. By the end of 2012, the company employed more than 70 people and its products were available in over 14,000 stores and 30 countries.

Launched as a division of NeoMagic Corp, MercadoMagico.com is an exciting and growing web destination for purchasing and selling products. It is a multi-vendor e-commerce site with the fundamental principle of providing customers with everyday low pricing, large selection of products , Enjoyable shopping experience in a safe and secure environment.

MercadoMagico is a division of